Another high profile case. Another acquittal.

Brent Mayr, along with legendary criminal defense attorney, Dick DeGuerin, managed to convince an El Paso county jury to acquit their client of felony Intoxication Manslaughter and convict only of the misdemeanor Driving While Intoxicated.

Abraham turned to Brent Mayr, Board Certified Criminal Attorney and former head of the Harris County Vehicular Crimes Section, for his intricate knowledge and experience with cases involving Intoxication Manslaughter to defend him on what was seen by many as an impossible case to defend. Mayr went to work identifying numerous legal and factual issues. From an illegal arrest by Border Patrol agents, to identifying problems with the El Paso DPS crime lab which tested the blood, to a shoddy accident investigation by the police, Mayr was able to chip away at the State’s case leading up to the trial which started July 19.

“It was a hard-fought trial,” DeGuerin said of the weeklong trial. “It was highly contested.” DeGeuerin and Mayr decided to employ a strategy where they would concede their client was intoxicated but show that it wouldn’t have mattered as the accident was unavoidable. The two worked methodically to ensure the jury understood the law; that intoxication alone was not sufficient to convict Abraham of the charged offense and that they needed to find his intoxication caused the collision and death of the victim. DeGuerin, using his extraordinary trial skills, then took the State’s own witnesses and turned them into witnesses for the Defense drawing out the necessary testimony to show the accident was unavoidable.

At the end of the day, it was enough for the jury. After five hours of deliberation, the jury came back and found Abraham guilty only of the lesser offense of Driving While Intoxicated.

As reported in the El Paso Times, “As the bittersweet verdict was read by Judge Patrick Garciain the 348th District Court, Abraham closed his eyes and took a deep breath before embracing his lawyers.”

You can read more about the trial here: 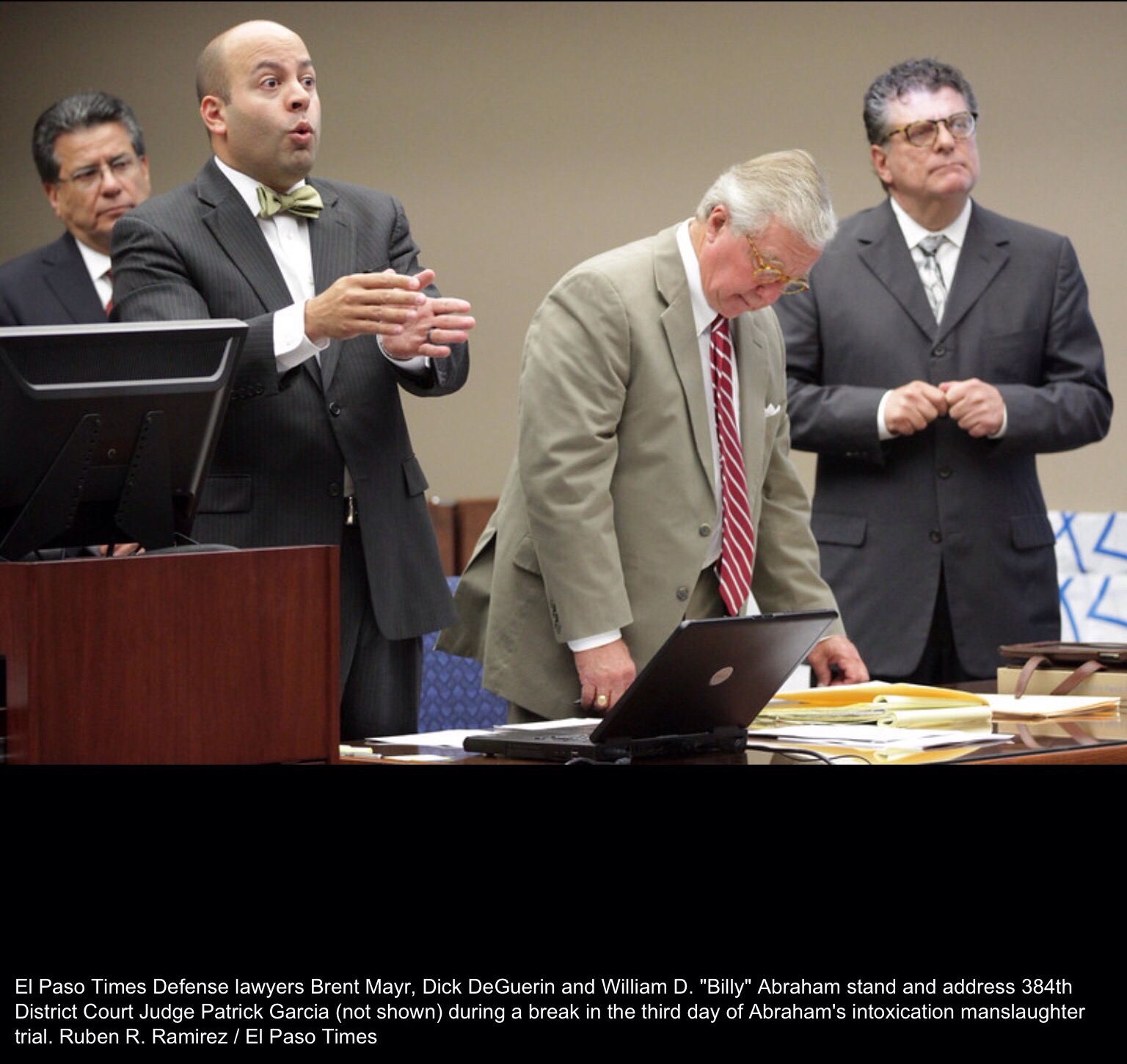 Houston criminal defense attorney Brent Mayr secured an acquittal for his client. On April 24, 2014, a Montgomery Jury found a Dobbin man not guilty of two counts of criminally...

Delma Flores-Smith had her entire life put on hold. Back in 2013, she was hired as superintendent of Hempstead Independent School District, brought in to help clean up a school...